Happy father’s day to the man behind the scenes, my backbone.

HAPPY FATHER’S DAY TO ALL DADS OUT THERE..

My father gave me the greatest gift anyone could give another person, he believed in me!

Anyone can father a child, but being a dad takes a lifetime. Fathers play a role in every child’s life that cannot be filled by others. This role can have a large impact on a child and help shape him or her into the person they become.

Unlike girls, who model their relationships with others based on their father’s character, boys model themselves after their father’s character. Boys will seek approval from their fathers from a very young age. As human beings, we grow up by imitating the behavior of those around us; that’s how we learn to function in the world. If a father is caring and treats people with respect, the young boy will grow up much the same.

So today, don’t forget to tell your dad you love him, and thanks for being there!

Father, you made my world a better place and, through the coming years, I’ll keep these precious memories as cherished souvenirs. I dedicate this song for you.

Cater your events with the most delicious delights. 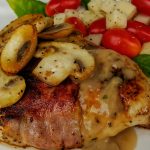